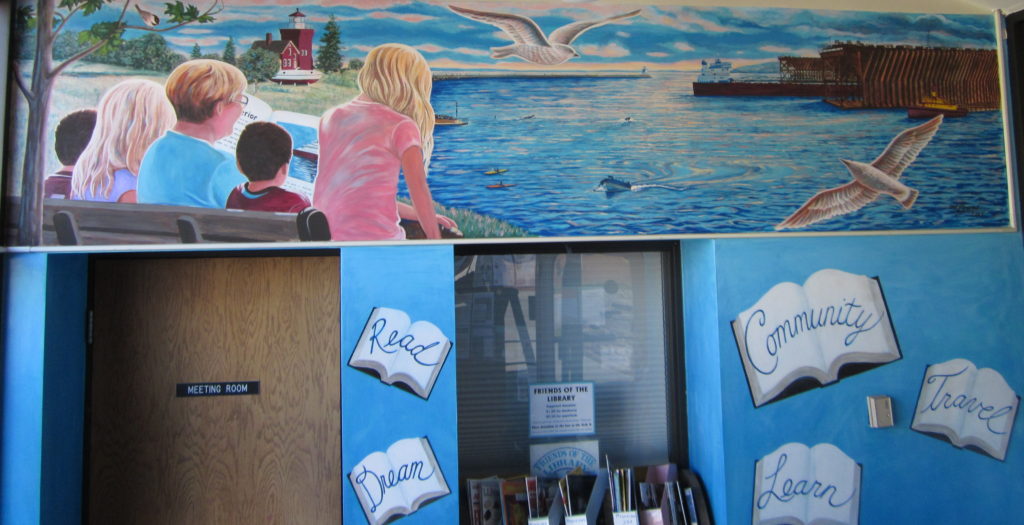 In 2008, local artist Lisa Kosmo, owner of Silverfalls Studio, first submitted a formal proposal for painting a mural in the entryway of the Two Harbors Public Library.  The mural would include Two Harbors icons, such as the Two Harbors Lighthouse, the Two Harbors Ore Docks, the local breakwall, and an ore boat.  To tie the mural into the library, it would also include a family reading on a bench, overlooking the whole scene.

As the lower portion of the entryway contained a door, window, book case, handicap door openers, and thermostat, it would be impossible to extend the mural to the floor.  Instead, it was proposed that the artist would re-paint this area blue, to complement the upper mural, and add floating books with words of encouragement written upon them. 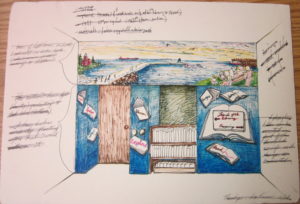 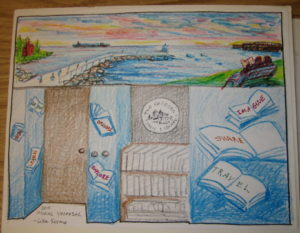 Lisa submitted a proposal in 2012 to the Arrowhead Library System’s call for local artwork, funded through the Minnesota’s Arts and Cultural Heritage Fund. It was accepted and Lisa Kosmo painted the mural whenever the library was closed on the weekend. She kept the in-progress mural covered while the library was open, presenting the final work at the unveiling ceremony.

December 4th, 2012, was the great unveiling ceremony for the mural.  It was turned into a formal event, with staff, Library Board Members, and library patrons in attendance.  The mural brightens up the library entrance and has become one of our artistic icons. 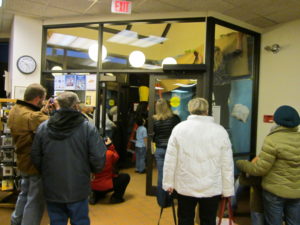 Fun facts about the mural: 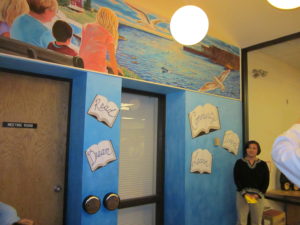 “I was very honored to be given this opportunity to have my artwork in such a beautiful & historical library. “