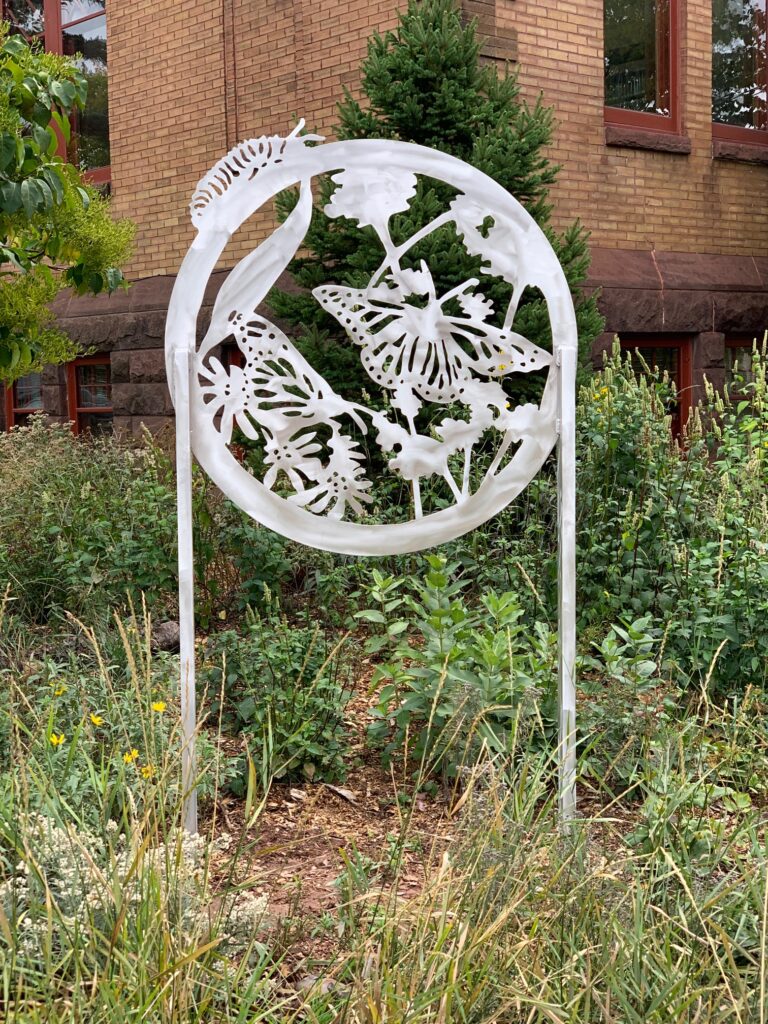 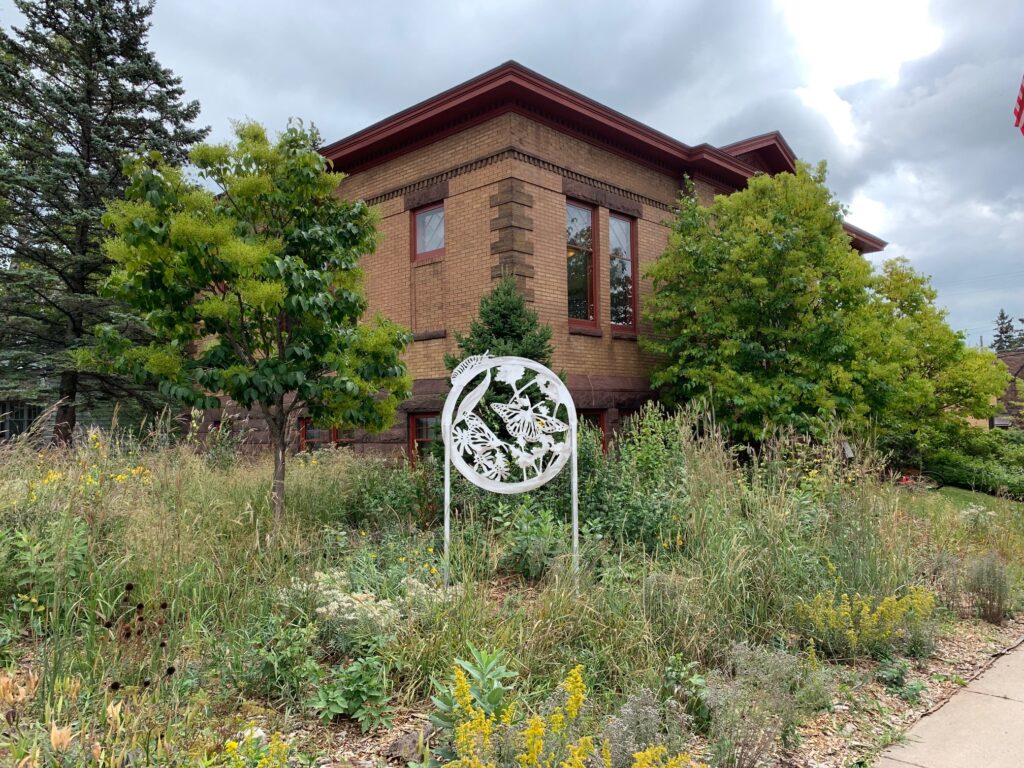 During the winter of 2020-2021, due to the pandemic stopping all in-person programming, the Arrowhead Library System, in discussion with regional public library directors, chose to set aside a large portion of 2021’s Minnesota’s Arts and Cultural Heritage Funding for legacy art projects for public libraries.  By this point, most public libraries had already received a large art grant in the past, so this was to be a series of smaller grants.

The Two Harbors Public Library board chose to participate in the program, and was awarded up to $3,000 to commission a special piece of artwork for permanent installation at the library.  A call went out for artists in February 2021 with a deadline for submissions of April 9th, 2021.  While the original request for proposals had been favoring a colorful mural for the children’s area, the grant was also left open for artists to submit alternate ideas, which could be accepted if impressive enough.
In the end, the Library Board Art Committee chose Minnesota artist Ann Klefstad, as they were impressed by her past works and they really liked her idea of a statue to welcome patrons before they even entered the building. Ann worked on the statue over the course of the summer, and it was installed Tuesday, September 14th, 2021.

In the beginning, the artist had only shared a portfolio of past completed projects.  The statue that had caught the attention of the Art Committee was of dragonflies; however, that statue was already completed and on display elsewhere.  Besides, the Library Board wanted something more representative of the Two Harbors Public Library specifically.  As such, the artist and Library Board Art Committee met to share ideas on what the Two Harbors statue would be.
When thinking about where the statue would go, the Art Committee realized that, for space reasons, it would have to be put in the pollinator garden.  Once that detail was finalized, it was very quickly decided that the statue should represent the pollinators the library was trying to support and educate about, making it a solid tie-in with its surroundings.
Two drafts came from this first meeting; one of a bee against a honeycomb backdrop, and one of hummingbirds.  Both were gorgeous, but the Library Board was looking for something more.  After a discussion of what plants were currently in the garden, and who their primary targets were, the Library Board asked the artist for a third sketch, this time of butterflies.  The butterfly sketch, with its caterpillar creeping across the top, was an instant favorite, so that was the chosen design. 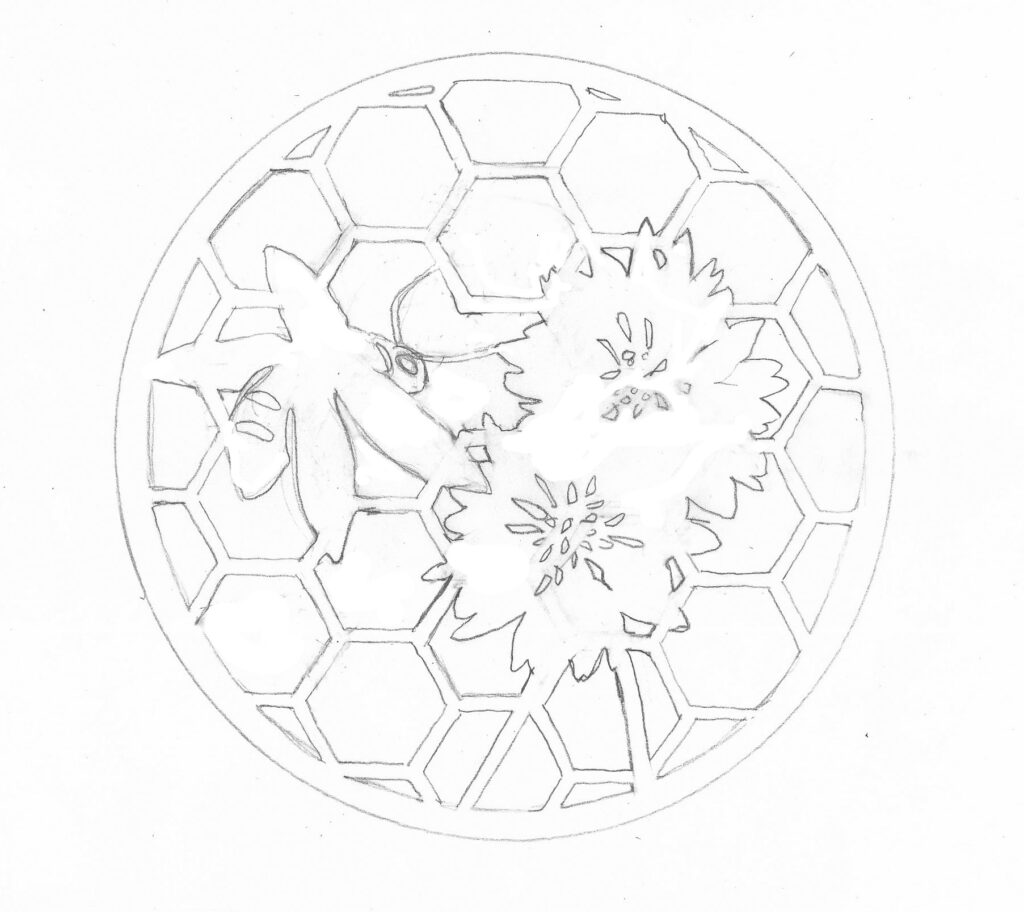 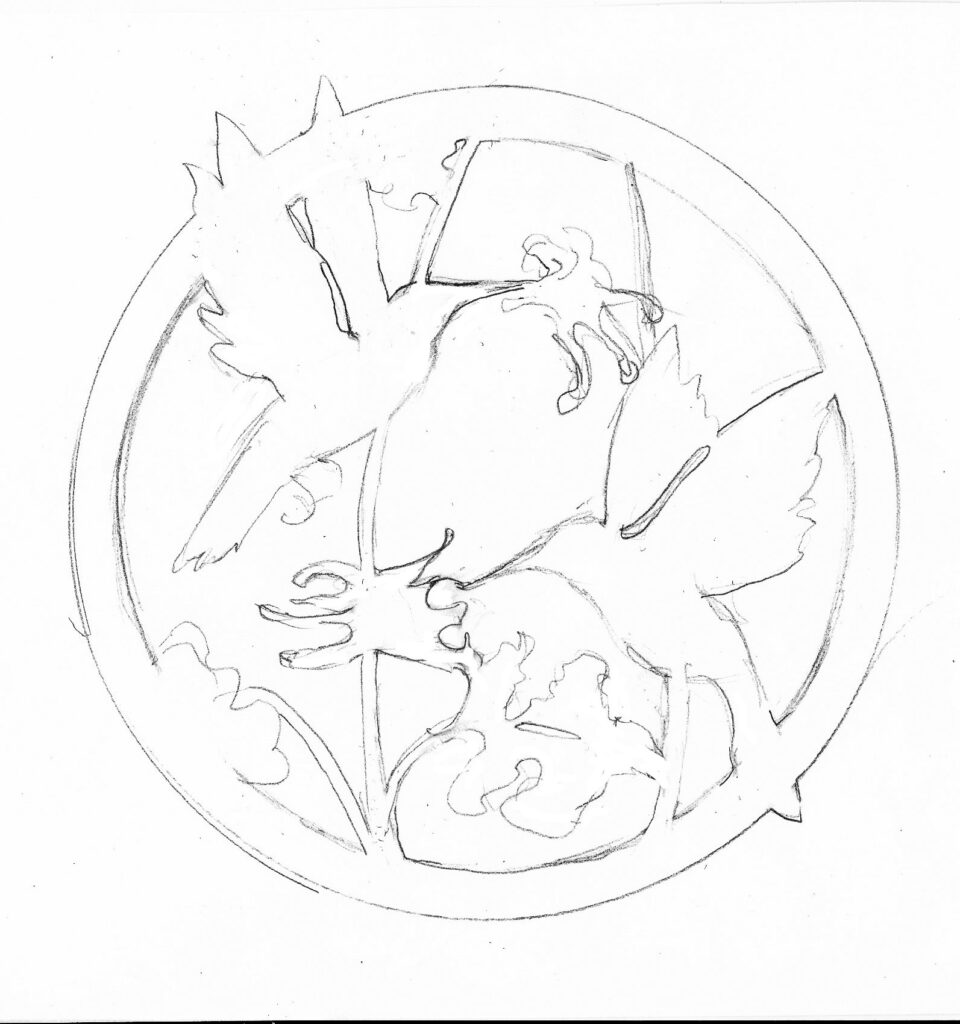 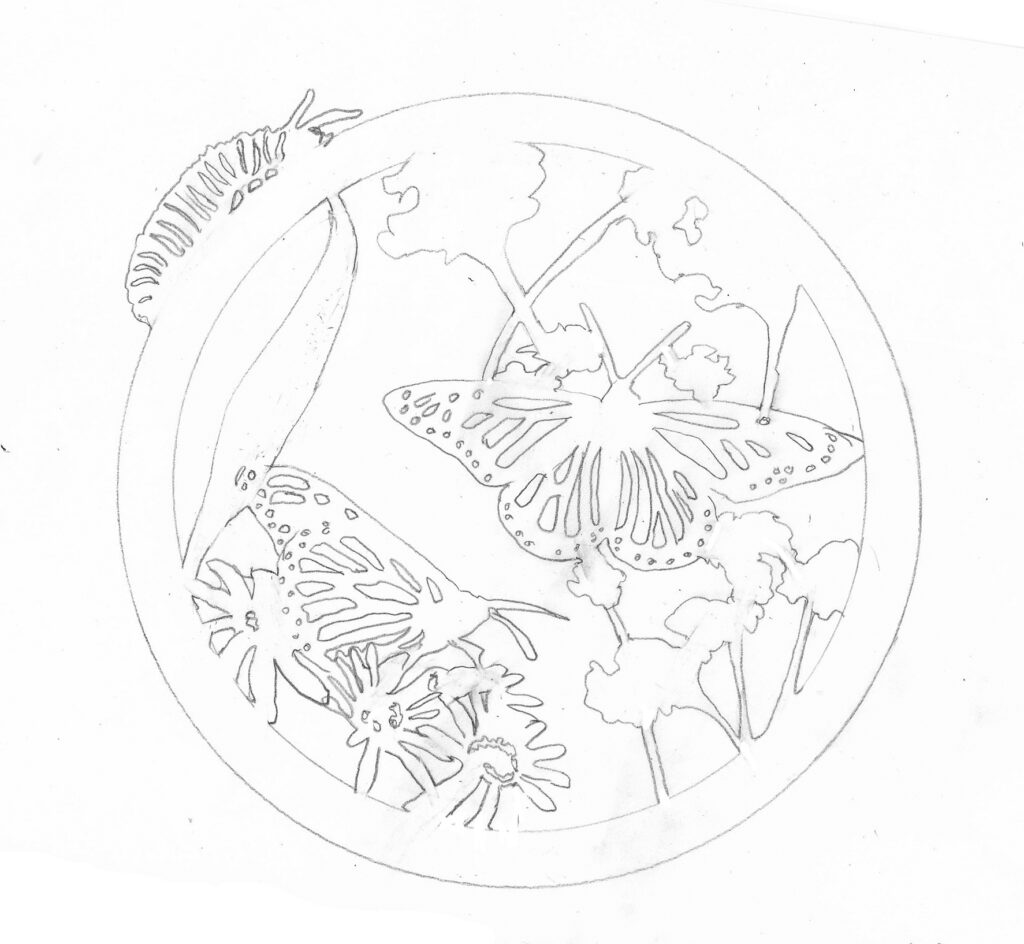 The statue’s title, as assigned by the artist, is Monarch Tondo.
In the words of artist Ann Klefstad:
“This work was designed for the new pollinator garden at the Two Harbors Public Library. The beautiful traditional architecture of the library called out for something that was in harmony with it: figurative, harmonious, with a reference to the clear geometries of the building. After working through several designs based on pollinators, we settled on the monarch butterfly—in part because many local citizens were raising monarchs, in hopes of increasing their numbers.
The choice of buffed aluminum laser-cut with the design means that the plants of the garden can be seen through the apertures of the circle: the piece literally becomes a visual part of the plantings: very much how the elements of a living ecosystem work.
The design incorporates the milkweed pod, mature butterflies, and the caterpillar of the species, as well as some of the flowering plants whose nectar also feeds butterflies. The circular form is called a “tondo” in descriptions of artworks.
I hope that the Monarch Tondo will bring happiness for many years.”

Ann Klefstad has lived by the shore of Lake Superior, and within a five-minute walk from forest and river in the city of Duluth, for over twenty years. During this time she has been creating sculptures and other works that respond to this environment.
Early influences were diverse, from Rodin to Southern Sung, and Zen ink painting to Fluxus. She is not an adherent of signature style, but instead chooses media and ways of working that allow her to serve the aesthetic needs of her environment, and that communicate well. – From Ann’s website http://annklefstad.com/the-artist

This project was funded in part or in whole with money from Minnesota’s Arts and Cultural Heritage Fund.